This will be our first article from our “Interesting Drawings” Series. In the series, we will feature airplanes /mostly but not only/ who either flew as prototypes or never never left the drawing board. Blueprints of such vehicles are very hard to find and simplified drawings usually are in high demand. Some of the information is gone forever, some – is still secret. Whatever the case is – there were flying vehicles during the last 120 years, that for some reason or another were abandoned. Many of them appeared in altered form, other vanished forever. These drawings are some sort of a Unicorn for Rhino Red Prints. We would love to have them in our line, but there is either not enough information or such with unconfirmed origins. We would like to add such blueprints to our portfolio of vector files at some point, but whether or not we will – is uncertain.

Being our first of “Interesting Drawings” articles, we decided to feature an aircraft that technically could be turned into a vector drawing, but its accuracy will be doubtful. This specific project is so close to realization and in the same time is light years away. It fits the description of Unicorn for RRP perfectly. That would be the F-4J(FV)S – a Phantom with Swing Wings.

By the mid 60s it was clear that the F-4 Phantom was the definitive fighter in the US serving the Air Force, NAVY and Marines. However, at times of swift changes and rapid improvement of technology, it became clear that the next step should be taken. General Dynamics F-111B was in the works, but later on proved to be unsuccessful. It was planned to serve US NAVY, Marines and most likely to be sold to Great Britain. None of that happened. 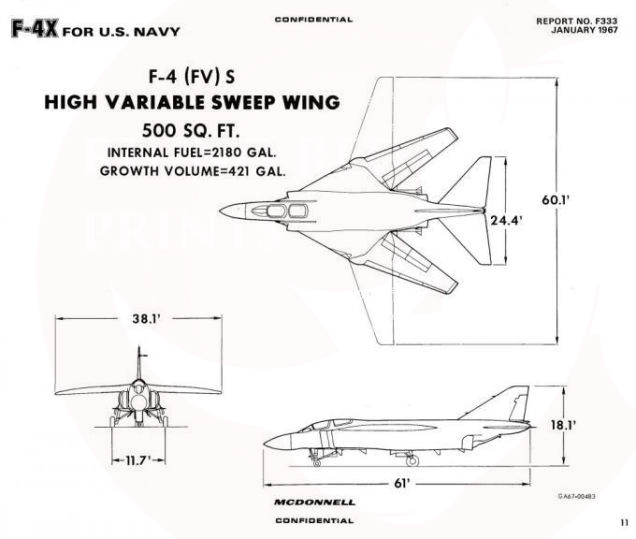 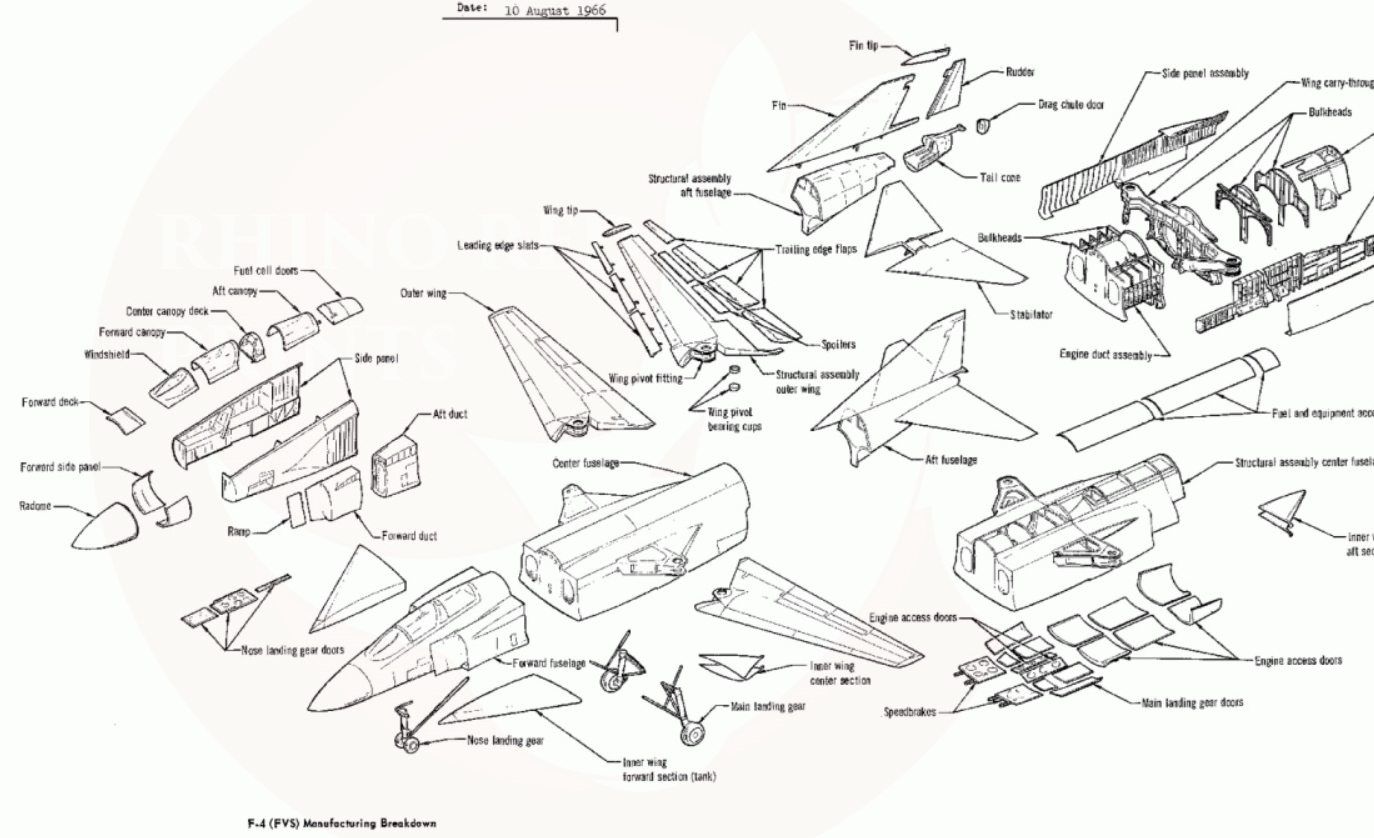 Emerging requirements /that ultimately led to F-14 Tomcat/ were embraced by Mcdonnell Douglas. Nobody asked them, they just jumped on that train on their own. It was self-explanatory though. With their proven Phantom, all they thought they could do is re-engineer some of the plane’s ideas and fill the gap. As you already know – this too never happened. Nevertheless, F-4J (FV)S appeared as a concept. It was drawn to a point where wind tunnel testing copies were used. Quickly rejected by the US armed forces, MDD turned their eyes towards the UK. However, that fell off the shelf too. In Britain, it was clear that neither the F-111B nor the Swing Wing Phantom will fulfill the needs they had. Also, they were already working on something of their own.

This Swing Wing Phantom is very hard to be recreated as a drawing. Its blueprints are not widespread for many reasons. In general, making a drawing of it is possible, but with some degree of error embedded. The Swing Wing Phantom would’ve featured new empennage, new landing gear, different /moved forward/ intakes and of course – swing wings. The wings were to be moved in high position with large wing root extensions. Geometry was planned to be in between 20-ish up until 75 degrees, which would have given the Phantom extraordinary speed range. Better maneuverability too. 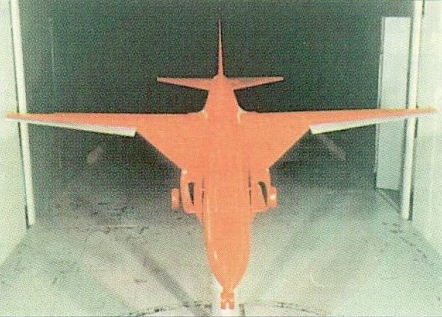 Two engine types were considered, a General Electric J-79 axial turbojet and Rolls Royce Spay turbofan /for the UK versions/. /Here, what we have found was two different sets of blueprints. Although not very sophisticated, they clearly showed differences in the nozzle area and enlarged end of the nacelles. Another bump in RRP’s plans to make a decent drawing of it/. Those engines were with different characteristics, however on paper they both served the needs accurately. Spays especially – were considered as very fuel efficient option. 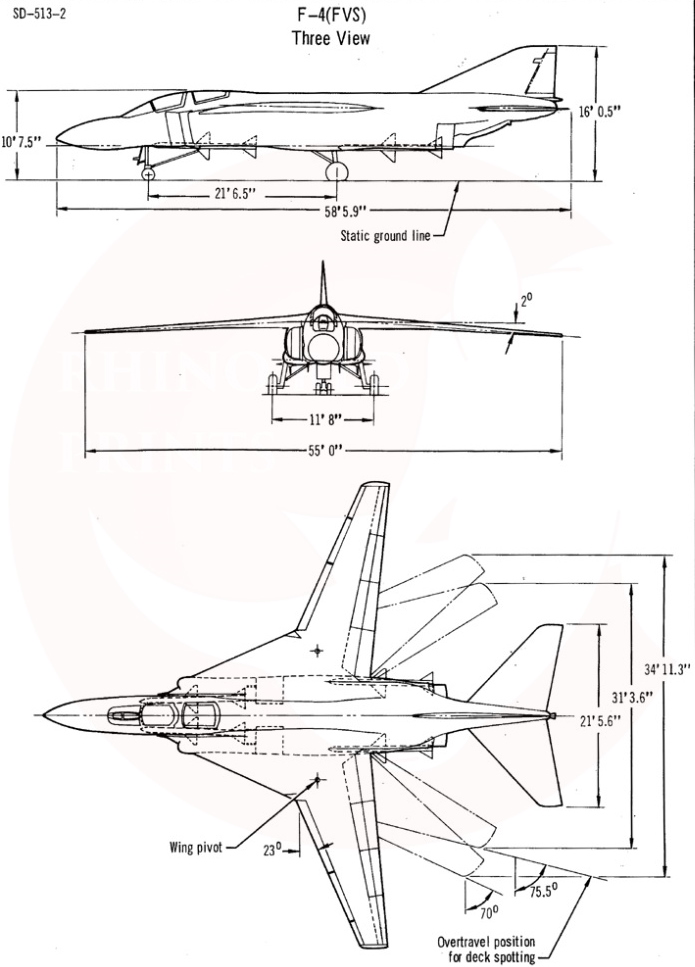 The wings would have been with full span flaps and spoilers and the Swing Wing Phantom itself – equipped with AWG-10 radar and more fuel capacity for extended missions in all-weather conditions. AIM-7F Sparrow with multi-engagement capabilities was considered, but that in general was one of the reasons that prevented the program from happening, since AIM-54 was the preferred weapon already. Finally, still in early testing phase, McDonnell Douglas dumped the idea in favor of the Grumman F-14 Tomcat. Or more accurately put – they lost to clearly superior design. 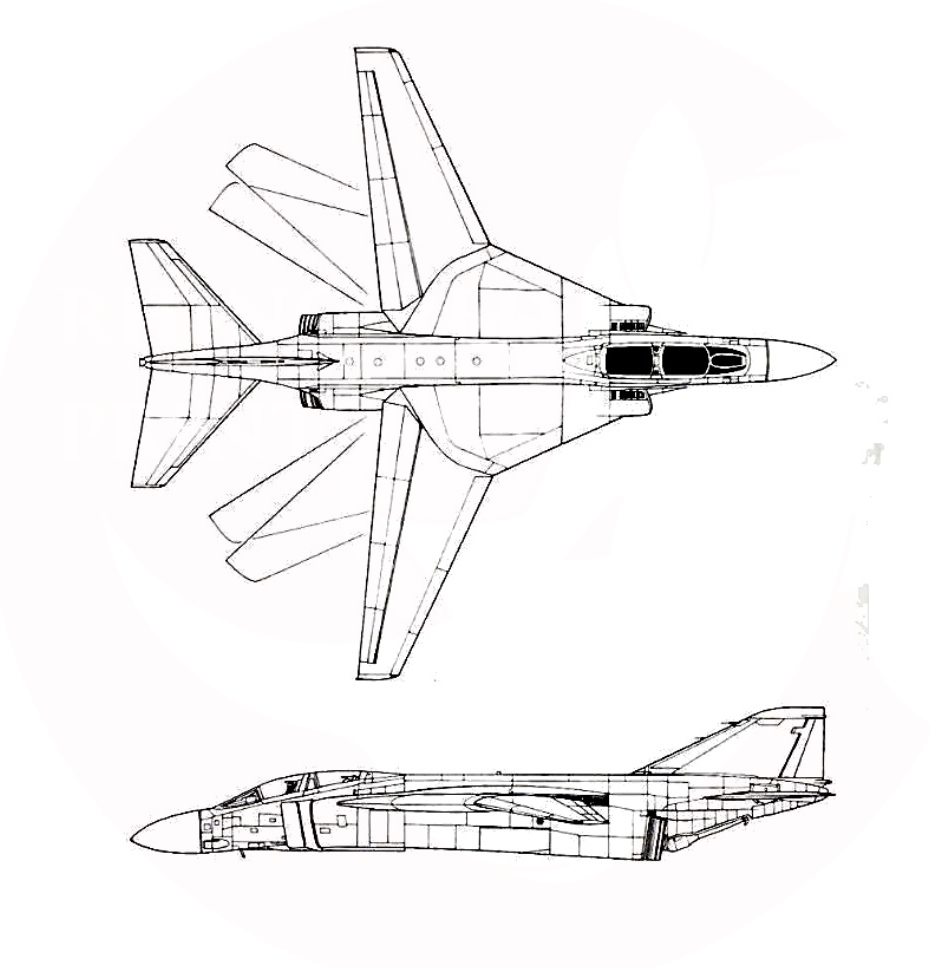 In the end, we lost the Swing Wing Phantom, but we gained the mighty Tomcat. That’s life. Still, lack of decent drawings of the Swing Wing F-4J(FV)S is a miss for the aviation society. We definitely tried to make this blueprint set happen, but we never managed to collect enough info, even though we have plenty on Phantoms. We certainly tried. The swing wing Phantom looks Phabulous in any way imaginable and we hope one day to be able to provide the vector files set to our fans. In the meantime, maybe more information will leak from somewhere.